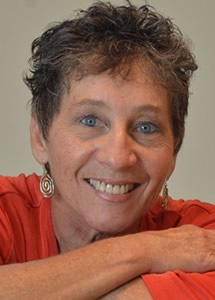 Jan Phillips is a visionary thought leader, award-winning author and dynamic speaker. She is co-founder and executive director of the Livingkindness Foundation.

Jan has worked in 23 countries presenting keynotes, workshops, and retreats. She creates a unique multi-sensory experience, weaving humor, storytelling, video and music to inspire and ignite insights for life-changing action. Jan shows people how to access their wisdom, activate their creative energy and communicate with passion and power.

Her own quest has led her into and out of a religious community, across the U.S. on a Honda motorcycle, and around the world on a one-woman peace pilgrimage. Blending east and west, art and activism, reflection and ritual, Jan’s presentations are transformative, uplifting and soul-stirring.

Her work has been published in the New York Times, Ms Magazine, The Sun, Newsday, People Magazine, Christian Science Monitor, New Age Journal, National Catholic Reporter and Utne Reader. Jan leads retreats and workshops throughout the US and Canada.

As a performing artist, Jan has three CDs of original music, and several DVDs to inspire creativity, all available in her gift shop.

"Jan has a unique ability to center a group, bring it into alignment and inspire its members to be more innovative, industrious and collaborative. I highly recommend her as a speaker and facilitator!"

"Jan's Facilitator Training was beyond all expectations. It helped me to gain clarity and insight about my book project and writing career. I gained insight in facilitator techniques just watching her in action. Jan is incredibly intuitive, insightful and honest with her guidance and feedback."

"Time spent with Jan Phillips is transformative. In whatever context, Jan’s breath of wisdom, open heartedness and commitment to world service ignites the souls of those who have the good fortune to be in her presence. Her visionary thinking, humor, spontaneity, and expanded consciousness catalyzes an embodiment of our own soul/personal potential. Jan models the change for good that is now.”

"Jan's facilitator weekend revealed for me with greater clarity the "vision” planted in my innermost being."

"I was a participant in the recent workshop that you presented for the Dominican Sisters in Columbus, OH. What a great workshop. Everybody was talking about it long after you left, saying how special it was. Thank you so much, Jan, for doing this kind of work. I hope that you felt as affirmed as we did as a result of your workshop."

"Jan Phillips provided us with energy, inspiration and creative practical ways in which we can engage our artistic selves fully in the world. She was an absolute delight, and she touch us deeply. Her gifts offered us with a gentle call to be fully who we are."

Lucianne Siers OP Dominican Institute for the Arts, Chair of the Board