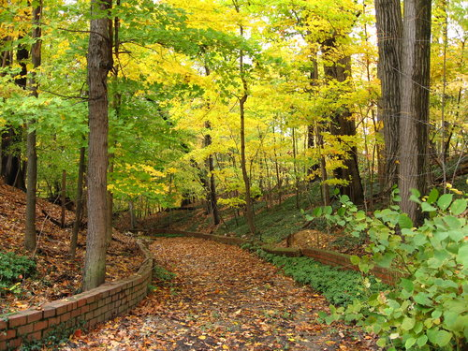 We don’t have faith because we understand.

We have faith because we hear the echo from the Depths.

The Roads Both Taken

I first heard about Father Oshida from the Sisters of St. Joseph in Tsu-shi. They told me about his visit with the Dalai Lama, where both men sat together in silence for an hour. At the end of the hour, the Dalai Lama asked if Father Oshida would return again one day and honor him with another meeting.

After hearing the story, I wanted to meet the man. He lived far away in the Japanese Alps, the sisters said, on a small retreat that he built with a few others. Legend had it that as a Dominican priest in Tokyo, he was a social activist, always advocating for the poor, insisting that the church dedicate more funds on their behalf. In general, a thorn in the side of the hierarchy. So they missioned him in the mountains on a small patch of land and sent him a few seminarians. He was to be their Novice Director. Together they built Takamori, a ragtag monastery of crooked thatched huts that was designed for simplicity, communal living, contemplation, and hard work in the rice fields.

The sisters of Tsu-shi were enthusiastic about me visiting Takamori. They tracked down the phone number. They brought out a map of Japan so we could see how far away it was and how high in the mountains.  “Buddhist and Catholic, already enlightened!” they laughed. They even mapped out an itinerary for me, which trains to catch and where. They visualized the whole trip and their joy overflowed.

When I woke up the next morning, I called Father Oshida. He invited me up immediately. “Yes, yes, come visit us in Takamori. You work with us. You pray with us. We feed you. Come soon. Stay long. OK. OK.” It took several trains and buses to get there from where I was. I arrived in the early evening and was greeted by Father Oshida and a sister from the Philippines who had lived there for many years.

Ten people were living at Takamori at the time, three nuns, three seminarians, and some itinerant retreatants. After tea and some sweet treats, the sister showed me to a little room with a tiny bed.

I slept like a baby and woke with the bell calling us to prayer. The chapel was hand-hewn like all the buildings, slightly crooked, see through cracks in the wall, straw mat covering the floor. The temperature was 24 degrees Fahrenheit the first morning. It was early November in the mountains. We sat in a circle around the altar, which was simply a cloth on the floor in the center of the room with a chalice, candle, plate, and water bowl on it.

For thirty minutes, we sat in silent meditation. Cushions on the floor. people sitting cross legged. I was tortured. I could see my breath. Being there was a disaster was all I was thinking. No stillness in the brain. No silence. Thirty minutes, constant complaining. Then Father Oshida rang a bell and we sang Gregorian chant for a few minutes. Following that, he said Mass, then we shared a simple breakfast and went to the fields to work in silence. We worked morning and afternoon tending to the rice, then met for meditation before dinner.

It was always vegetarian fare. Rice, miso, vegetables, tea. One night, a neighbor came bearing gifts. They lit up the barbecue, grilled up what the neighbor had brought, and we all stood by the fire feasting on the delicacy. It was the most delicious thing I had tasted in months. When I asked Father Oshida what it was, he said eel. We were eating barbecued eel.

“I thought we were vegetarian,” I said.

“Only vegetarian till neighbor bring eel,” he said, as serious as could be.

Every night after dinner, people gathered round a small fireplace and Father Oshida gave an evening talk. Mostly it was in Japanese, but he translated the important parts into English for me. I had been reading books on Buddhism every night before bed and was facing a growing dilemma.

When he asked one night if any of us had questions, I asked him mine.

“Father, as a Christian, I have always learned to be a social activist. Jesus said to go out and teach all nations. I have tried to be an advocate for the poor, a maker of peace. But when I read the Buddhists texts, they seem to say the opposite: ‘Be still and realize that everything is unfolding perfectly.’ One says be quiet, the other says speak out. Now I don’t know what to do,” I said.

“Don’t know what to do about what?”

“Well I see the rightness in both of them, and I don’t know which one to choose. I just started this journey around the world and I don’t want to go home, but if it’s better to just meditate and think of everything as perfect, I probably should. I’m so confused!”

“Both!” he said immediately. “Both way right way! No choosing! Be both! Do both!”

“But Jesus and Buddha say different things,” I said, hoping for a longer answer. “Which one should I follow?”

“They same,” he said. “Buddha the thought. Jesus the event. Same! Same!”

When he spoke of Jesus as the event of Buddhist thought, something clicked for me. Nothing I could talk about, or claim that I understood or could explain to anyone else. It just resonated down deep. It felt true. It connected things in my mind.

We’re just evolving, from stardust to matter to conscious matter to whatever the next steps are after that. We’re participating in the evolution of Consciousness Itself, Mind-at-Large coming to see and reflect on itself from a variety of perspectives. My body is here in the service of that, and though it will not survive, the consciousness within will continue to thrive.

We are all improved versions of the ones who came before, and though the masters of consciousness whom we know as our teachers may have reached a perfection unknown to us, we have the capacity for a higher intelligence than the Neanderthals, the people of the Dark Ages, the Renaissance, the Enlightenment period, and any era before us, by reason of our timing and our place in the evolutionary scheme of things.

After referring to Jesus as the event of Buddha’s thought, Father Oshida urged me, and anyone there who could understand English, to stop trying to make literal sense of things and pay attention to the event.

“Experience your life and everything around you as an incarnation. Do not think with your mind. Go down to the depths. Experience wisdom. All religions are the same, except Christianity is responsible for most war and death,” he said.

I tried to practice what he said in the morning meditations. Tried to pay less attention to my thoughts of being in pain and just experience the whole crazy deal of sitting in a freezing cold chapel in the Japanese Alps with a renegade Catholic Buddhist priest and several other strangers working at being the brightest lights we could be in the world.

I was blessed to be there, that’s all I knew—and happy that I didn’t have to choose between Jesus and Buddha.

"Jan Phillips gave an insightful radio interview and we had a standing room only crowd for her workshop. Jan is so unique, it will be difficult to top her."

"The weekend with Jan was a breakthrough weekend for our sisters. It was an opportunity for them to recognize their own and each others leadership potential."

"Attending Jan's Facilitator Training was, a realization that has opened my heart and mind to understand that; the desire we have must come true, because inherent in having the desire are the mechanics for its fulfillment. I experienced Magic, Bliss, Wonder beyond my wildest dreams. Thank you Jan!"

"This workshop was empowering. It helped me to clarify my goals and dream of some new possibilities. I appreciate Jan’s direct and supportive energy."

"Each of us left knowing the next steps we were commited to take in putting our own work out in the world in our own workshops. Well worth every minute, every insight, and every dollar spent!"

"Jan’s performance at Women of Wisdom was incredible! She’s a stand-up comic, an Ansel Adams and a Bodhisattva all blended into one."

"Jan entered into my head and heart and helped me recognize what I needed to do to resolve my doubts and move beyond my perceived limits."